An aquarium at the Seaplane Harbour now hosts the underwater photography exhibition ‘The Underwater World of Shipwrecks’ by Aire Eder.

The aquarium exhibits 26 underwater photos of shipwrecks in Estonia, Norway, Cyprus, Croatia, and Egypt. Aire Eder, an Estonian hobby photographer, has been wreck diving for over ten years. Her great interest in capturing the underwater world has led Aire to many regions in Europe and the rest of the world.

According to Liisa Randmaa, underwater archaeologist at the Estonian Maritime Museum, the exhibition also highlights how different the seas of the world are. ‘The Baltic Sea looks green on photos, whereas in the south, where the visibility is better, the pictures turn out blue. The game between the light and the shadows and the swimming fish in the aquarium of the Seaplane Harbour add a new and exciting dimension to the photos,’ Randmaa said. She also noted that diving to shipwrecks and taking pictures underwater requires a lot of expertise. ‘When trying to capture a good image in difficult lighting conditions, caution must be taken to avoid getting stuck to the debris or trapped in fishing nets that are tangled in the shipwreck,’ Liisa Randmaa explained. 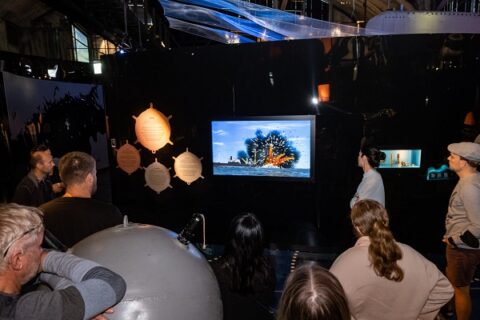