During the tour of the new exhibition at Seaplane Harbor, you will dive into the blue depths together with a guide. In the exhibition “Unseen Oceans” at the American Museum of Natural History, we perceive the underwater world as multidimensional. What we do not otherwise see becomes visible. During the tour, you will hear exciting facts that scientists have discovered while exploring the oceans. Did you know, for example, that Plankton produces well over 50% of the oxygen we breathe, or that 70 years ago, scientists put on ocean listening devices and confirmed that whales were singing during migration? During the tour, we pass lifelike models, and you can put your hands on the interactive exhibits yourself.

During the tour of the exhibition “Baltic Sea in the World Ocean,” it becomes clear why the Baltic Sea is so special. Accompanied by a guide, we will get acquainted with five areas of Baltic Sea exploration, see real research tools, live representatives of alien species, and objects from shipwrecks lying on the seabed. We will learn quite a few exciting things, such as the fact that items are no longer produced from the wrecks to the surface without imperative necessity. We can also see what the world’s best-preserved underwater meteorite craters in Estonian waters, such as the Neugrund crater looks like.

The cost of a museum ticket will be added. Children up to 8 years old free of charge. 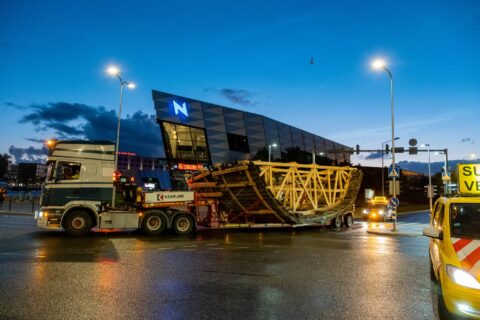