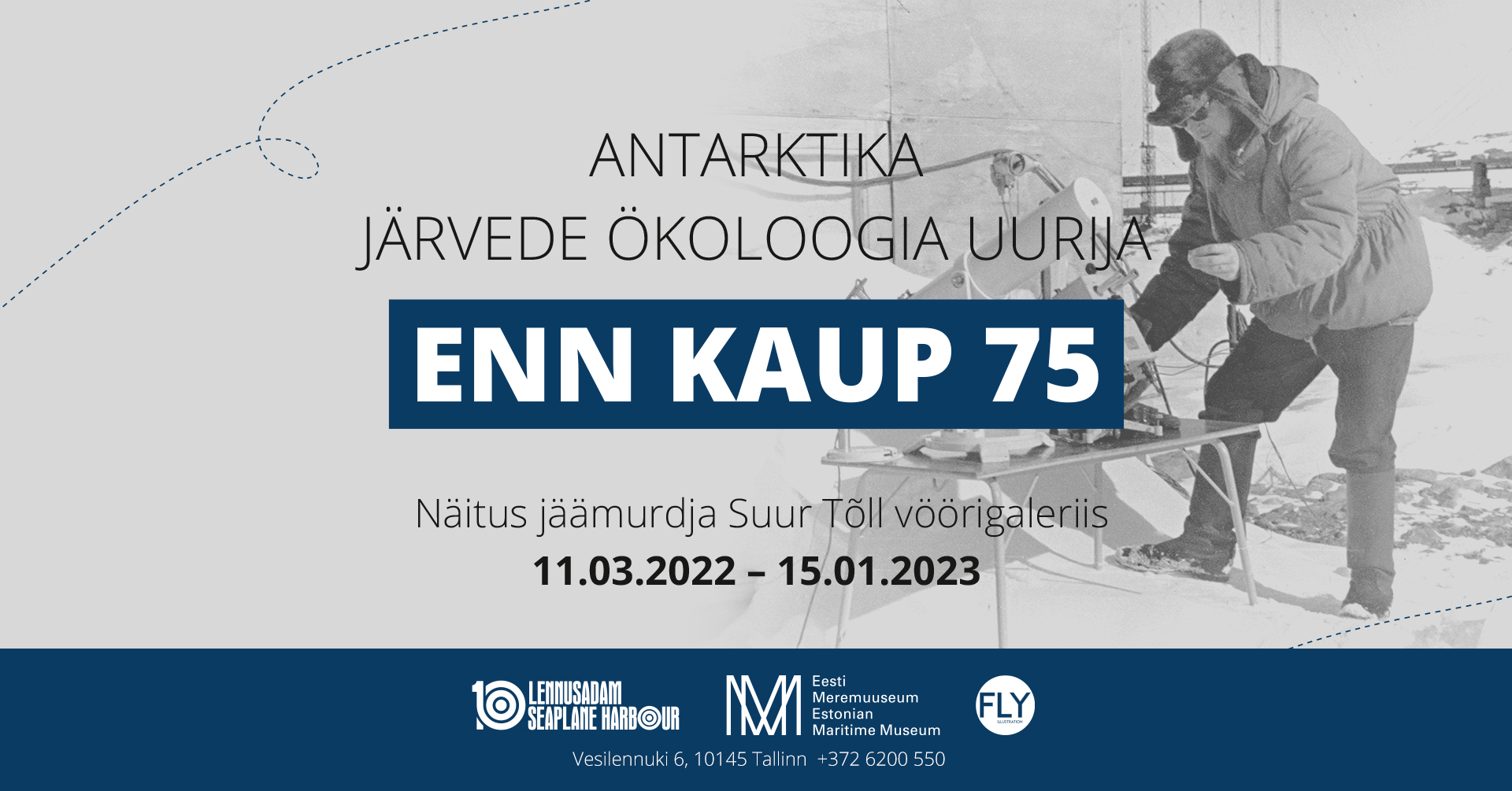 From 11 March, the bow gallery of the icebreaker Suur Tõll will feature an exhibition entitled ‘Enn Kaup, researcher of the ecology of Antarctic lakes (75)’. The exhibition was completed in co-operation between the Estonian Maritime Museum and the Estonian Polar Club.

‘This is the first temporary exhibition on our museum ship, which, in its own way, complements the existing exhibition on the history of the icebreaker. Suur Tõll fit this context perfectly, because Enn Kaup has been involved in ice and snow throughout his research career,’ said Urmas Dresen, the head of the Estonian Maritime Museum.

In March 1972, Enn Kaup arrived in Antarctica for the first time as a meteorologist. There, he became interested in the ecology of lakes. Almost a decade later, in 1981, this led him to carry out a study dedicated to Antarctic lakes, thanks to which he became a Candidate of Sciences – the first Estonian to obtain a degree on Antarctica. In order to gather the materials and knowledge necessary for the research, Enn Kaup participated in a total of nine different Antarctic expeditions, including spending two long winters there.

‘Both the valuable scientific contribution and the considerable enthusiasm with which Enn Kaup helps to capture the work of our polar researchers deserve recognition. Over the years, he has published articles, written books, and consistently contributed to the activities of the Estonian Polar Club. Thanks to this, the exhibition will now reach everyone interested and the collection of the Maritime Museum will be supplemented with diaries of his expeditions,’ said Katrin Savomägi, CEO of the Estonian Polar Club.

The small exhibition features objects that give an idea of how the work was carried out in Antarctica. These include expedition diaries and a clock with a 24-hour dial made specifically for polar explorers, as well as a radiogram sent by Richard Nixon, the 37th President of the United States, to the winterers.

The exhibition is open at the Seaplane Harbour, in the bow gallery of the icebreaker Suur Tõll, from 11 March 2022 to 15 January 2023.