Our culture, appearance, existence, health and well-being have been deeply influenced by the sea. In consideration of this, we have provided the sea not only with pollution but also something good and new. Therefore it is sometimes nice to look at the world from the shoulders of science and think about how the two of us – humans and the sea – coexist. The lecture will end with an amusing quiz.

Scientific writer Tiit Kändler is a physicist by education. He received his DSc degree for building a device for studying large molecules, vital for life, by means of a laser. He is the author of 20 books, most of which are about science, both for children and humans in general.

This Maritime Forum will be in Estonian.

The Maritime Forums are free of charge for everyone and will begin at 18.00. We will assemble at the Desk in the Seaplane Harbour. 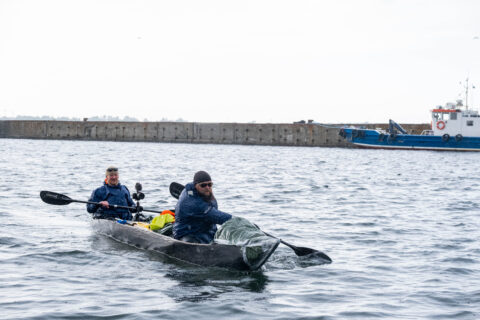 The dugout canoe men arrived from Soomaa in the Seaplane Harbour